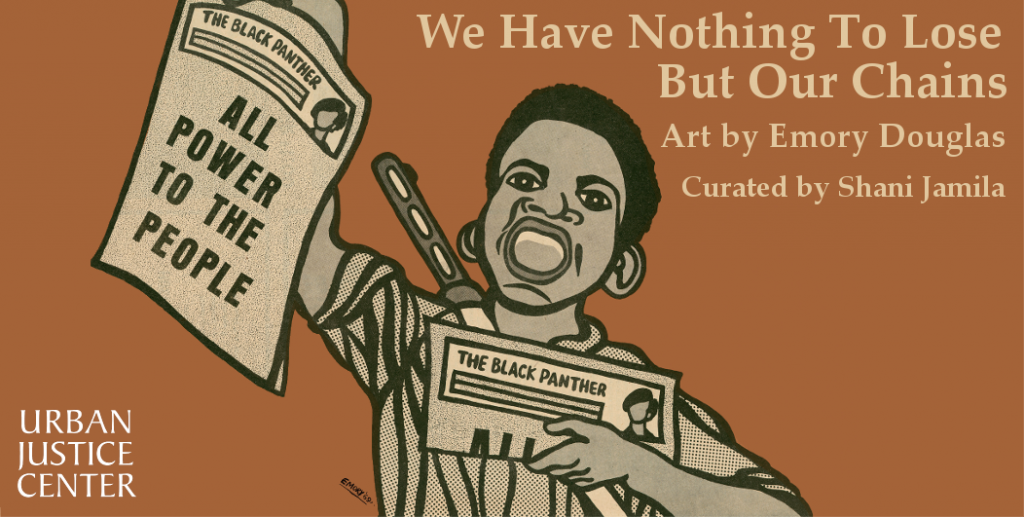 Art@UJC proudly presents “We Have Nothing to Lose But Our Chains,” a new exhibit commemorating the fiftieth anniversary of the Black Panther Party. This show of Emory Douglas’ work, featuring art from the collection of Alden and Mary Kimbrough, will mark the culmination of our inaugural year of exhibitions.

Douglas is a renowned artist and former Minister of Culture of the Black Panther Party, whose design concepts reflect the concerns of the community. His art has been displayed at the 2008 Biennale of Sydney, The Museum of Contemporary Art in Los Angeles, and the Yerba Buena Center for the Arts. A retrospective of Douglas’s work was published in Art in America and is the subject of the book Black Panther: The Revolutionary Art of Emory Douglas.

“We Have Nothing to Lose But Our Chains” is curated by Shani Jamila, artist and UJC Managing Director.

The opening reception, held on Thursday, May 19th at 6pm, featured guest speakers Dr. Robyn Spencer, Soffiyah Elijah and Emory Douglas. The exhibition will be up until September 15, 2016. 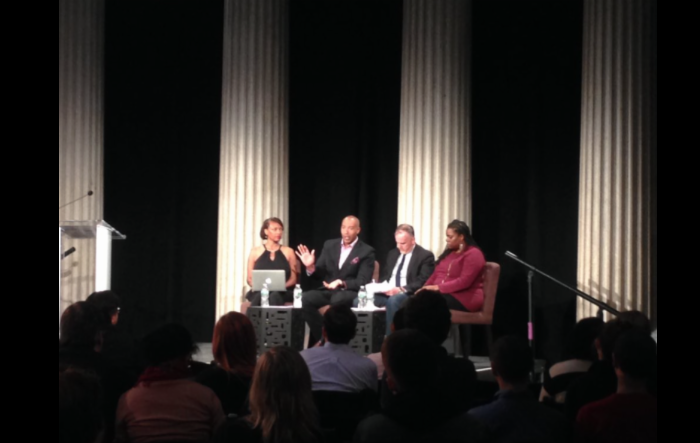 On May 3rd, Shani moderated Democracy and Distrust– an event at Federal Hall organized by the New York Council for the Humanities. The fantastic panel featured:

In the words of the Council, “Race and opportunity are contested territory in our current political climate. How did we get here? Can we begin to mend relations in the face of systemic inequalities? How can dialogue catalyze change? This program aims to address how we can restore trust in one another and in our political system, build safer and stronger communities, and move beyond entrenched opinions through intentional acts of conversation.

The Democracy in Dialogue Project was made possible in part by a major grant from the National Endowment for the Humanities.”