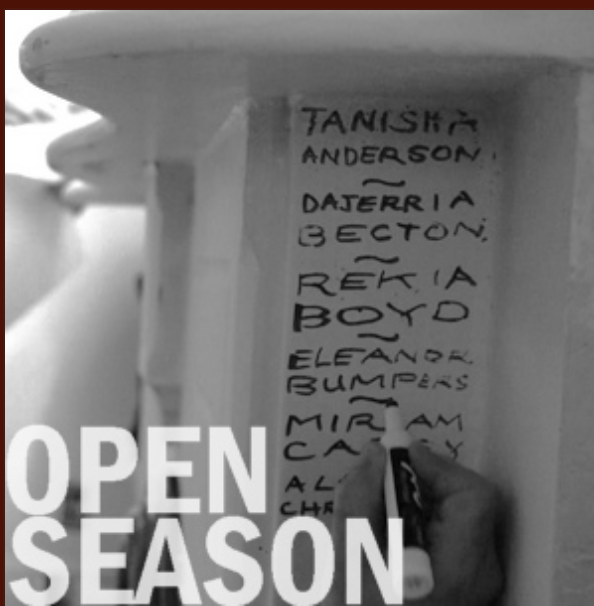 This year Shani celebrated International Human Rights Day by curating Open Season, an evening of art + performance + conversation about women and girls in our culture of confinement. This thought provoking program, held at the National Black Theatre, featured a rendering of Itagua Meji and performances curated by Dancing While Black. It also provided an opportunity for the community to engage with leading thinkers and artists who are confronting mass incarceration such as Nina Angela Mercer, Ebony Noelle Golden, Aimee Meredith Cox, Nakisha Lewis, Donna Hylton, Lumumba Bandele and more.

Gorgeous photos and a full length video of the event are now available to share with you! In addition, all of the social media buzz about Open Season was chronicled on Storify. Check out the links to either see what you missed or relive an extraordinary evening. 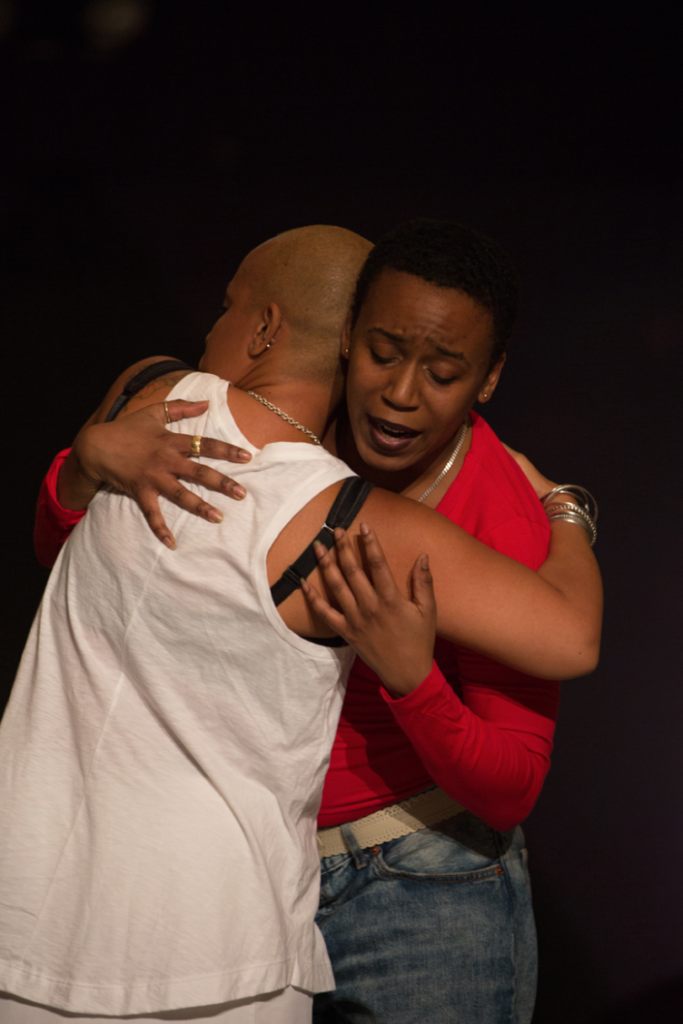 Open Season 2015 was presented by the Human Rights Project of the Urban Justice Center and the National Black Theatre: Institute for Action Arts. Additional support was provided by The Studio Museum in Harlem, the International Center of Photography, NYU’s Hemispheric Institute of Performance and Politics, Angela’s Pulse and Dancing While Black.

As we enter into this holiday season bearing the unwelcome news that there will be no indictments in the death of Sandra Bland, please lift up the names, spirits and families of those who’ve been impacted by this crisis during this time. In spite of it all, we will win. 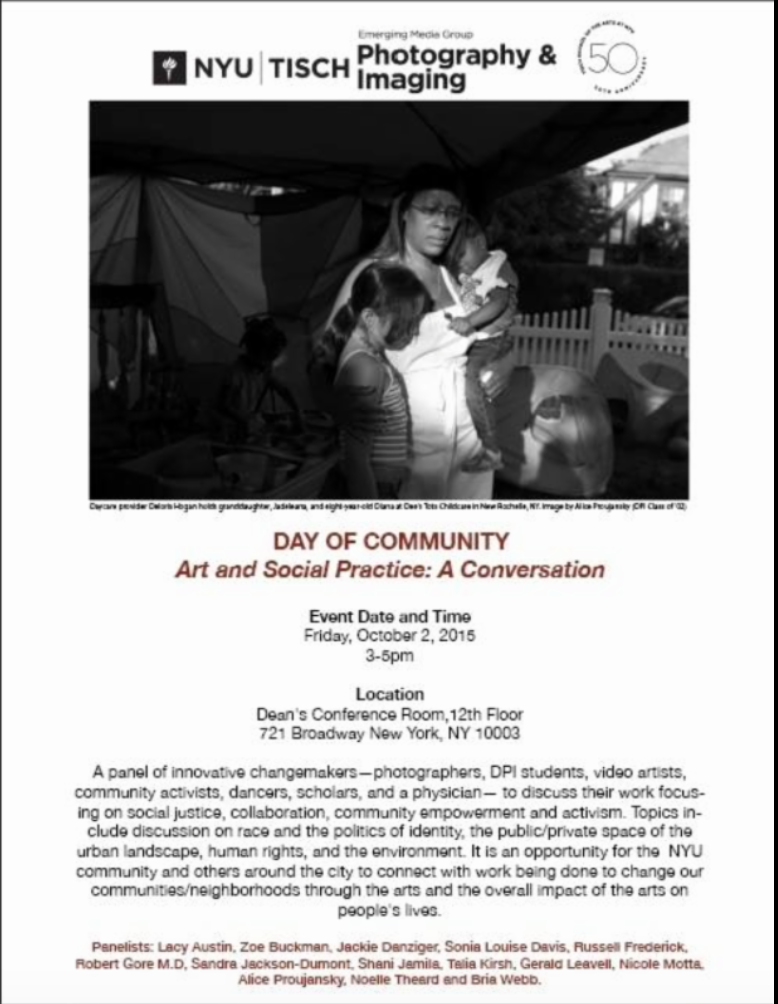 On Friday, October 2nd, Shani spoke at the 50th anniversary commemoration of NYU’s Tisch School of the Arts. She joined a powerhouse group of change makers in a discussion about how to use cultural work to empower our communities. 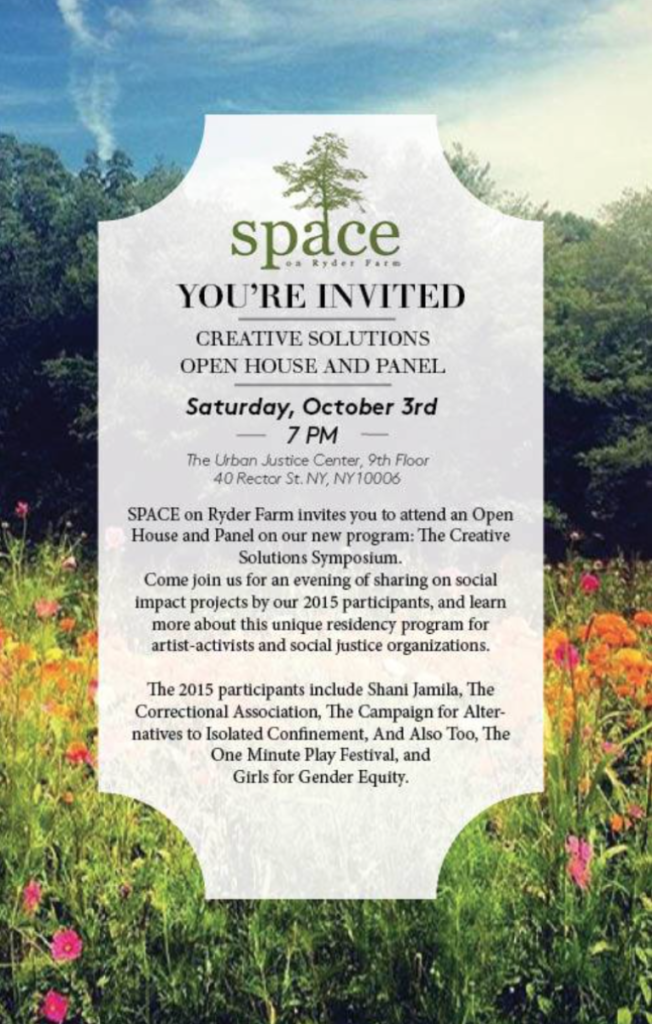 On Saturday October 3rd, Shani spoke at the Creative Solutions symposium. This summer she had the wonderful opportunity to participate in a residency in upstate New York, where she was given time and support to do her work at the intersection of art and social change. She joined colleagues from a number of progressive social justice organizations to speak about her project.  Many thanks to those of you that came out to make both of these engagements a full house! 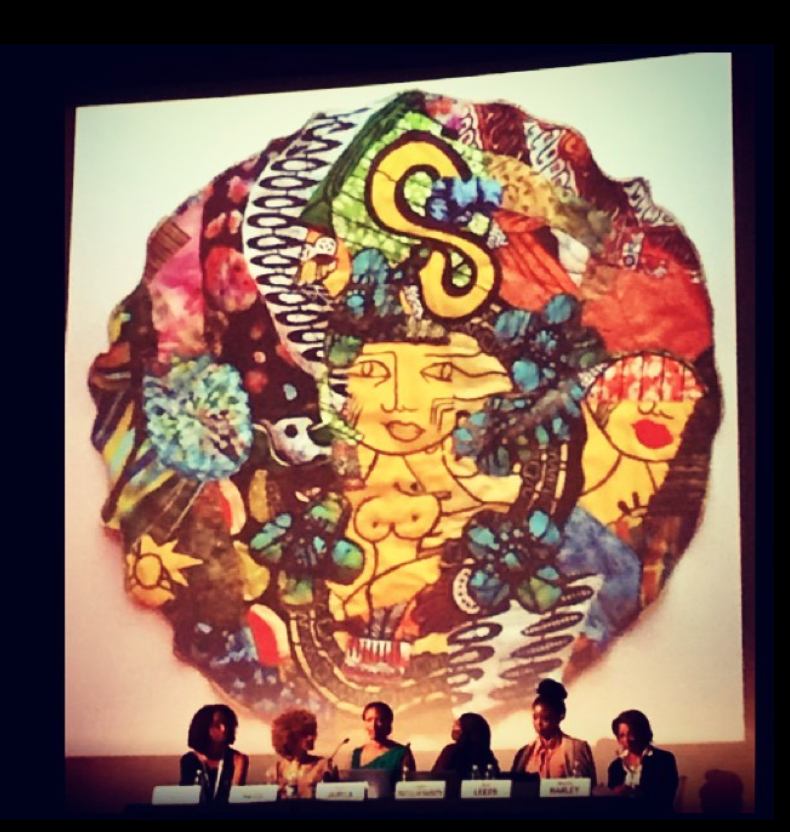 Shani delivered a talk on citizen artists during the Black Portraiture{s} II: Imaging the Black Body and Re-Staging Histories conference in Florence, Italy this May. The gathering of artists, curators, and scholars including Carrie Mae Weems, Mickalene Thomas, Hank Willis Thomas, Renee Cox and Sanford Biggers was truly historic.

Her talk begins at the 13 minute mark, but you are encouraged to take in the session in its entirety. Additionally, more videos from the conference are posted at blackportraitures.info, they are definitely worth watching.

After the conference concluded, she went on to spend several weeks touring Italy as she studied art and philosophy as a David Driskell fellow with the Institute for Doctoral Studies in the Visual Arts. Upon her return in June, she had the opportunity to lead an arts workshop/ community installation in honor of Black women and girls who’ve been impacted by state violence. Thanks to the wonderful staff of Writing On It All, she had a whole empty house on Governor’s Island to use as a canvas! 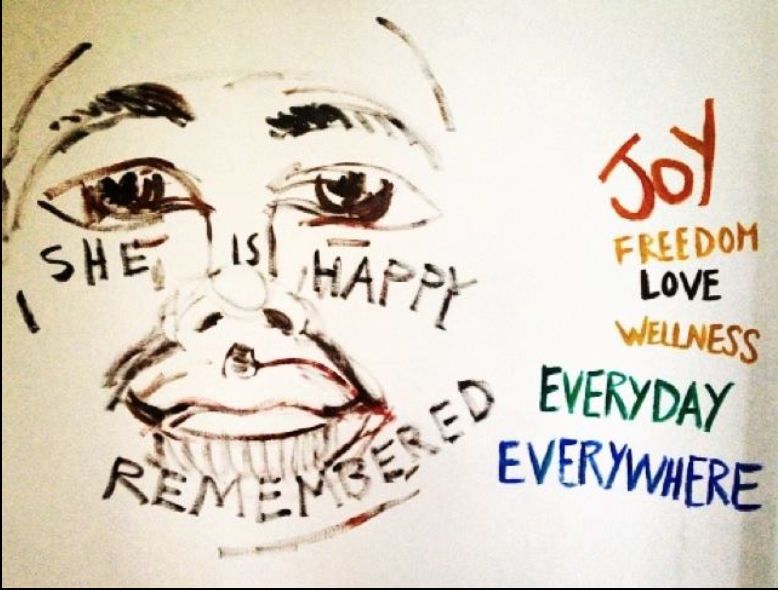 It was a lovely opportunity to transform the space and our spirits.

In the immediate wake of McKinley and Fairfield, and in the midst of this larger moment, we need to seize every opportunity to create sacred spaces for healing, creative resistance and expression. May the vision we articulated for Black women and girls come to pass.

For the past several years, in her capacity as the Director of the Human Rights Project at the Urban Justice Center, Shani organized an arts based training that engages a select cohort of social justice advocates from around the country.

The tenth annual institute was held in New York City this May. Participants discussed cultural strategy, community building and ways to use human rights mechanisms to address inequality in the U.S. Congrats to the latest class, who now join a nationwide cohort of really impressive alumni.

Just before the institute began, Shani had the opportunity to speak about my work fusing the arts and human rights at NYU’s Creative Arts and Social Work conference.  Many thanks to the organizers, especially Dr. Deborah Willis who chaired the panel. 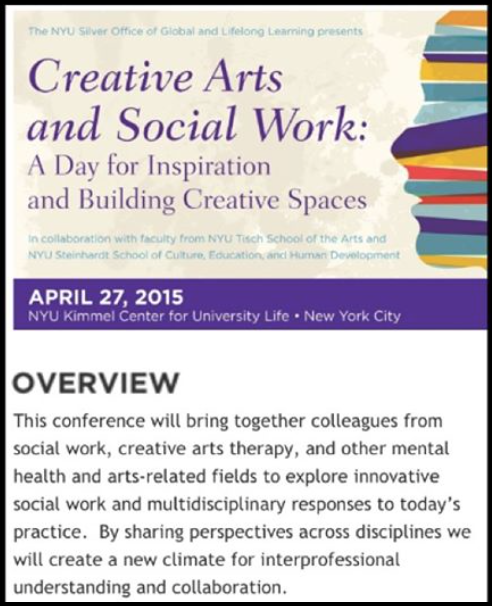 Finally, Shani is a contributor to the internationally broadcast, all women of color radio show hosted by Esther Armah– The Spin. In May, she joined dream hampton and Glynda Carr to discuss White on White Crime: Texas Shoot Out, the Boycott Nike and Say Her Name campaigns. Click here to tune in. The first season of 2015 ended with the same group that began it: writer asha bandele, political scientist Dr. Christina Greer and Shani discussing Haiti and the Dominican Republic, vaccines and the black body, and forgiveness in the wake of the Charleston massacre. If you’d like to hear this one, click here to listen to the show. 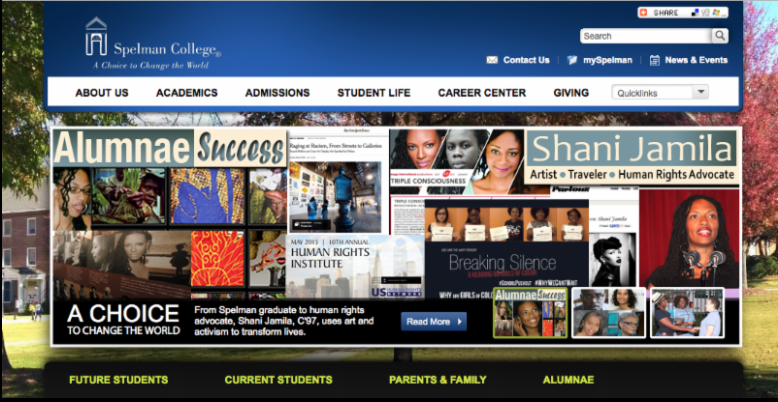 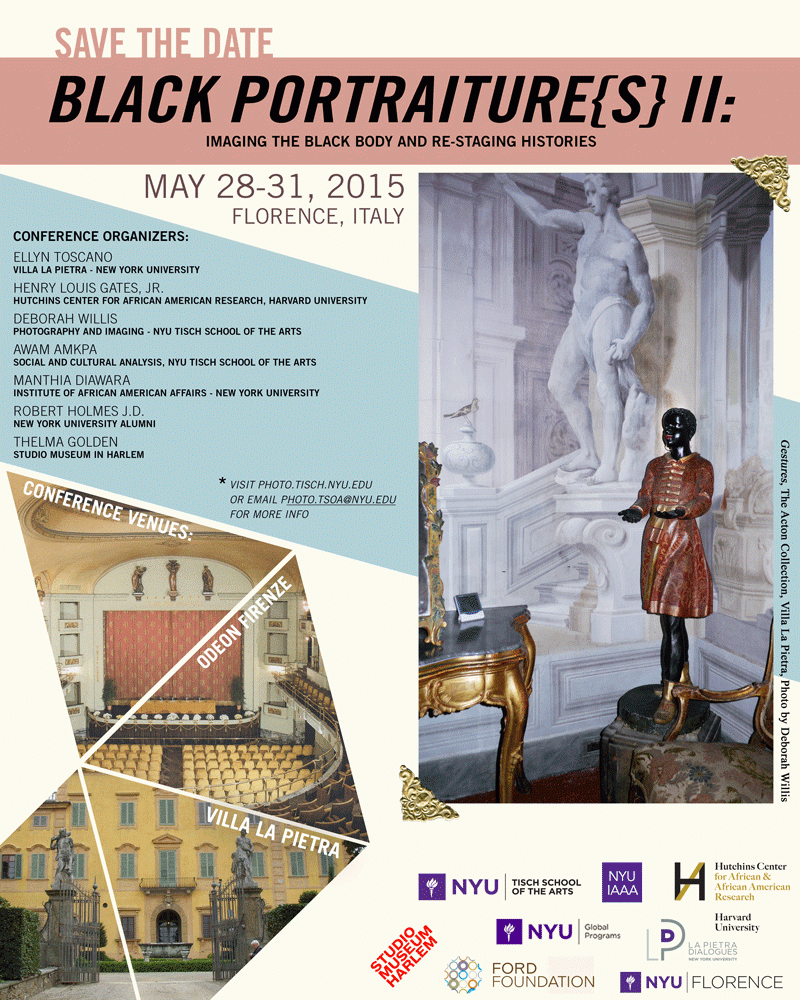 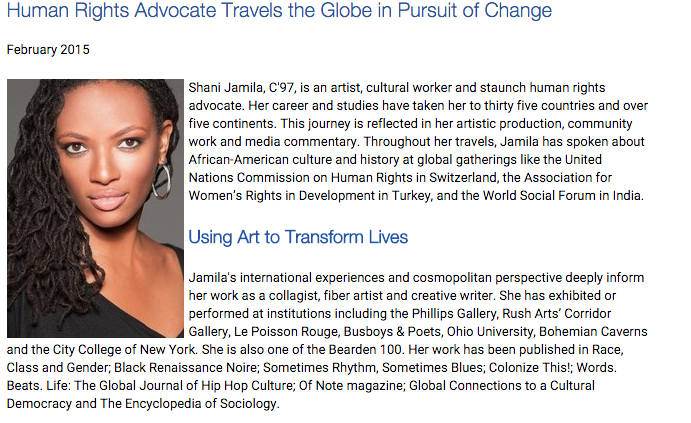 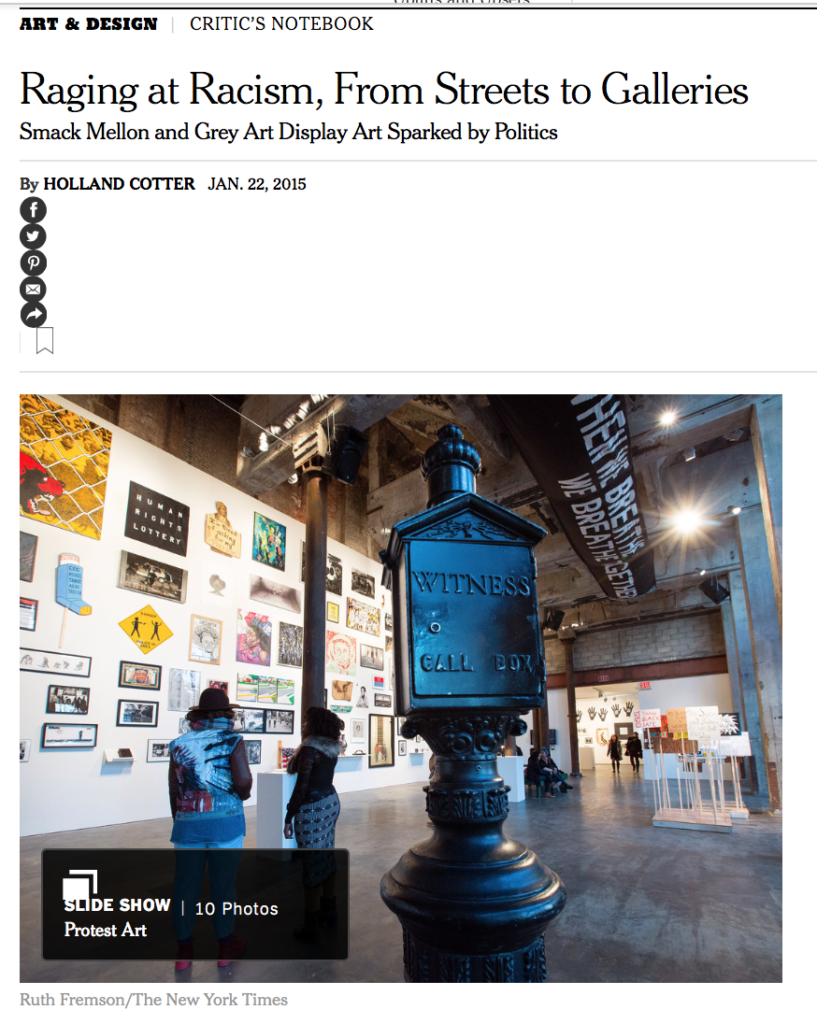 She is the curator and host of Lineage— an archive of intimate, in-depth interviews with contemporary socially engaged Black artists. Her meditative film "We Hold These Truths," produced with the Park Avenue Armory, features reflections from a multidisciplinary group of creatives. She also hosts live talks with artists, writers and scholars at organizations like the Brooklyn Museum, Aperture Foundation, Lincoln Center, Schomburg Center and New York Live Arts. Shani's portrait and quote are featured in “A Choice to Change the World,” a permanent installation of artists & advocates at her alma mater Spelman College. Her work has been supported by the National Arts Club, TED, the Aspen Institute, MASS MoCA, Brooklyn Arts Council, and the J. William Fulbright Foundation.

We Hold These Truths: A Meditative Film